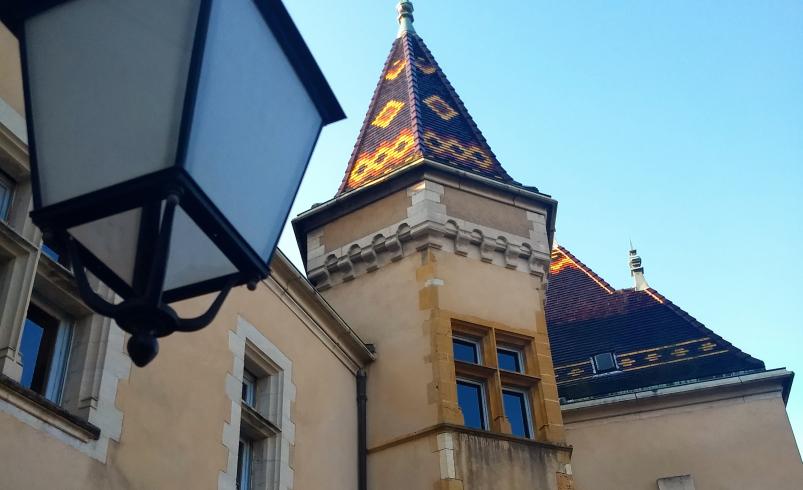 1904 The château as we know it today owes much to Jean-Joseph Clerc, who owned it at the beginning of the 20th century, and his architect Alexis Santu. They refashioned the château in the then popular Belle Epoque style, while retaining many features from its past history: the spiral staircase, and some Renaissance chimneys. Since 1959 it has housed, on 3 levels, the motor cars, motorcycles and bicycles from Henri Malartre’s collection. But how did the exhibits actually get into the château since most are too large to go through the doors or windows? The museum mechanics patiently took the cars apart and reassembled them in the exhibition rooms of the château.
See more 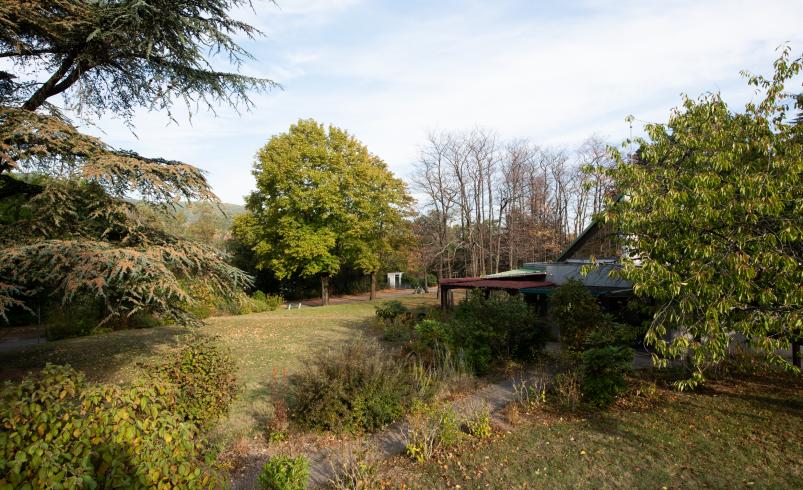 Around 1900 A landscaped park of 3 hectares surrounds the château. These hundred-year-old trees, lawns and picnic areas and the amazing views over the river and the villages of the Mont d’Or, make it an ideal place for open-air relaxation. There is a free car park for visitors, along with toilets and picnic tables. 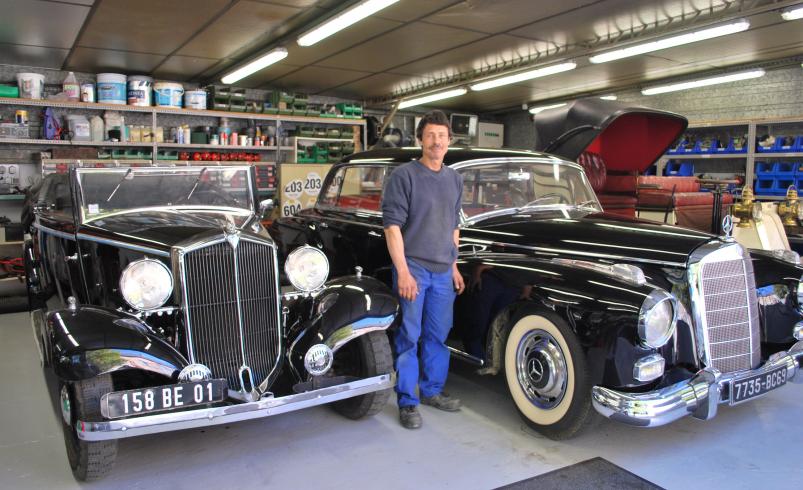 1960 The mechanical workshop of the museum is situated in the château’s former home farm. Built around 1960, these buildings are more or less unchanged today. They include a workshop with a pit for servicing the cars, a machining shop for making small spare parts, an area for storing the vintage cars before adding them to the exhibition, and a place for storing spare parts. These areas are not accessible to visitors for health and safety reasons.
See more 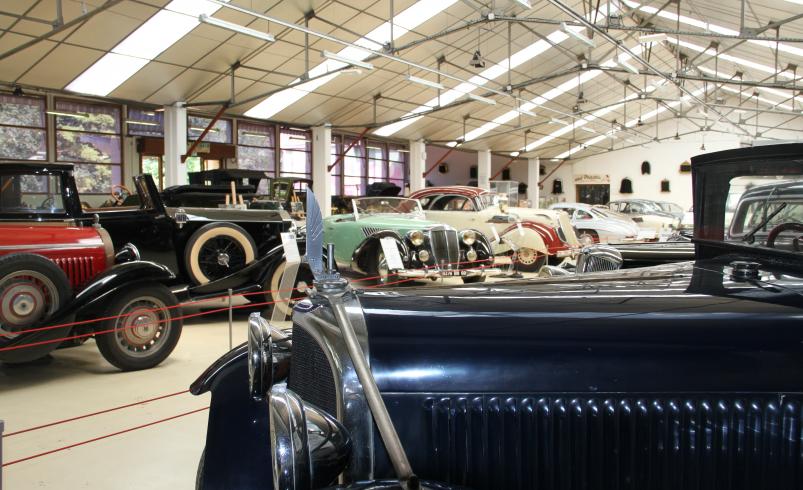 1963 This industrial-style building at the end of the park was originally intended by Henri Malartre as a storage area for the museum reserves. The building, put up rapidly in 1960, has a dirt floor and is not heated. When the museum proved a success and increasing numbers of visitors came every weekend, Henri Malartre opened his reserves. Very soon visits to the reserves building became very popular. In 1963, this building with its huge windows was inaugurated as the first building in the world built to show off collectable motor cars. This hall is called Gordini after Henri Malartre’s friend, Amédée Gordini, who donated two Gordini racing cars to be added to the collection, one single seater and one open-cockpit. 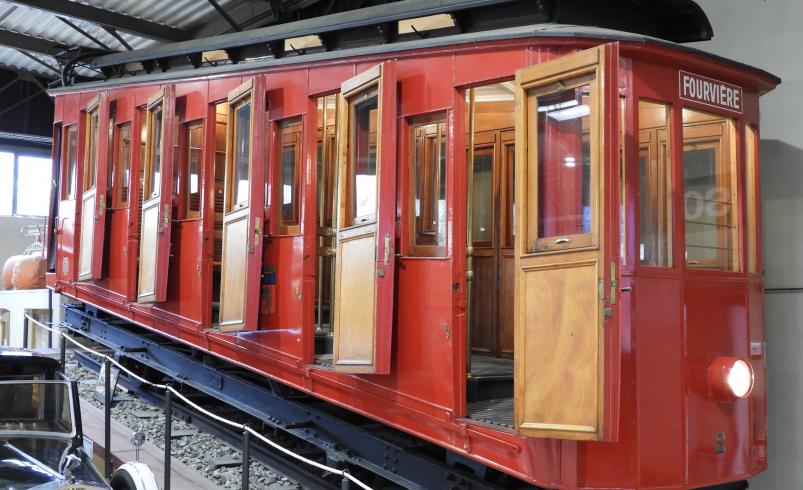 1972 The City of Lyon, which took over ownership of the museum in 1972, began construction of a second industrial display gallery behind the first, to increase the exhibition area and to house the Lyon public transport collection. The building is called "Pradel" after the Mayor of Lyon Louis Pradel who arranged for the transfer of the collection from his friend Henri Malartre to ownership by the city. This gallery still contains public transport vehicles from the 19th and early 20th century: the Fourvière funicular, buses, electric trams, and the Lyon-Neuville ‘Train Bleu’. 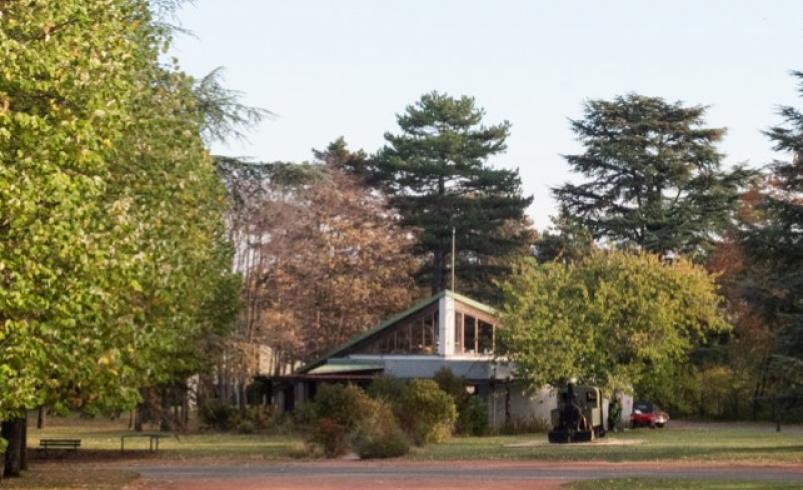 Around 1980 During the 1980s, a gallery was built in the middle of the park to house a restaurant. It was run by various restaurateurs until 2007. The building has since changed usage and now houses a master upholsterer, specialist in the restoration of vintage cars.
See more
Previous Next